Bob Hatch and John Campbell opened a billiard parlor in 1880. Bob Hatch was a colorful character and an amateur thespian. It was said he kept a jar of frogs on the counter as their croaking helped him predict the weather. He followed the Earps to the famous gunfight, assisted in removing the gun from dying Billy Clanton’s hand, and testified at the hearing.

A few months later, he was playing a game of billiards with Morgan Earp when the back window was shattered by a gunshot and Morgan fell, mortally wounded, and died within the hour. Hatch ran for sheriff in 1885, but was defeated by John Slaughter.

Campbell ran several saloons in Tombstone and served as a city councilman for a number of years. The saloon and billiard parlor burned in the 1882 fire and was one of the first to rebuild. Prohibition closed all the saloons in 1914. This area deteriorated badly in the following years. In 1945 this old building was remodeled for a new business.

This is one of Tombstone’s historic buildings (2009). 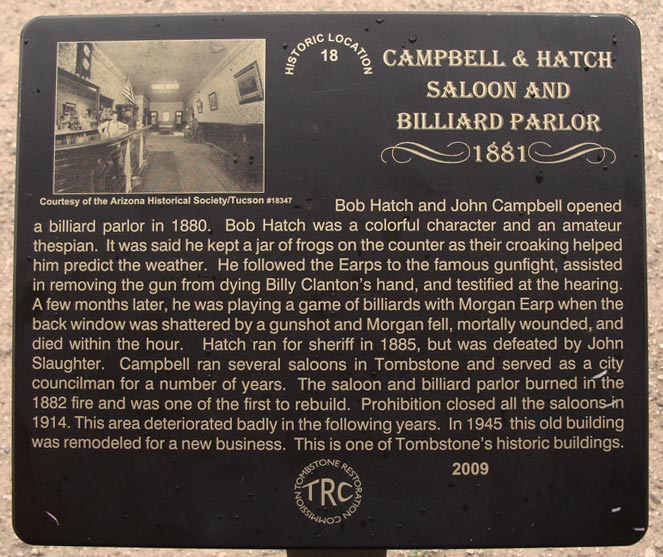